Interestingly, Nkx2.1 + progenitor cells give also rise cells of the lung/airway epithelium (epithelium (Mucus cells, Ciliated cells, basal cells, Clara cells, type 1 and 2 alveolar cells…). The failure of the lung epithelium to regenerate and repair itself, that occurs with ageing or in patients with chronic obstructive pulmonary disease (COPD) , could be a consequence of depletion of the endogenous pool of lung progenitor cells or their limited ability to differentiate.

The molecular networks that control the cell fate decision of these Nkx2.1 + progenitor cells toward thyroid or lung epithelium are still largely unknown.

In recent years, significant progress has been made in the development and application of human cell-based models for the study of human biology and disease modeling. Protocols based on human embryonic stem cells (ESC) have been developed and have resulted in the generation of several types of human organoids, including brain, intestine, stomach, liver, kidney, lung, endometrium, prostate, pancreas, and retina

Our laboratory has developed a protocol to generate hormone-producing human thyroid organoids1 from hESCs in vitro that are capable of restoring thyroid hormone production after transplantation into immunodeficient hypothyroid mice2. Interestingly, addition of only one hormone in the culture conditions used to generate human thyroid organoids suppressed thyroid differentiation and instead generated mature and functional lung organoids.

Using state-of-the-art techniques (scRNAseq, ATAQseq, CRISPR editing), the goal of this project is to 1) document the dynamics of gene expression underlying human thyroid and lung development in our experimental model, 2) unravel the molecular network controlling cell lineage decisions of Nkx2.1 + progenitor cells 3) Identify pathways that could increase the pool of lung progenitor cells involved in lung regeneration/repair or stimulate the endogenous regenerative ability of lung cells. 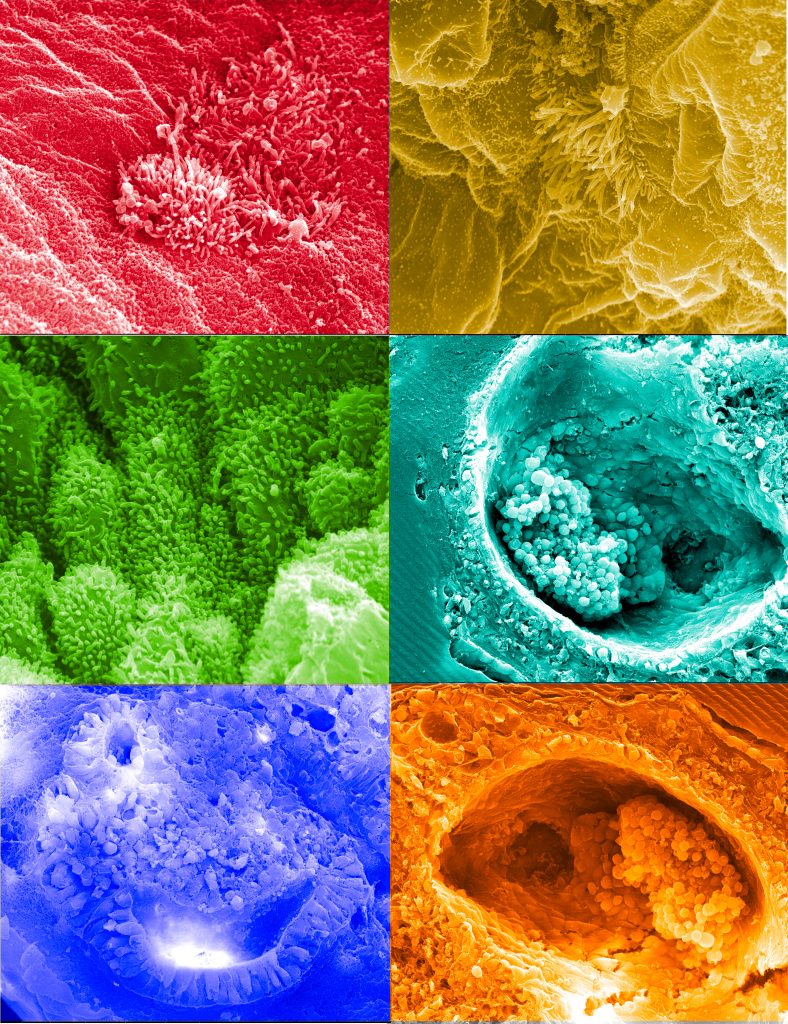 This website uses cookies to improve your experience while you navigate through the website. Out of these, the cookies that are categorized as necessary are stored on your browser as they are essential for the working of basic functionalities of the website. We also use third-party cookies that help us analyze and understand how you use this website. These cookies will be stored in your browser only with your consent. You also have the option to opt-out of these cookies. But opting out of some of these cookies may affect your browsing experience.
Necessary Toujours activé
Necessary cookies are absolutely essential for the website to function properly. This category only includes cookies that ensures basic functionalities and security features of the website. These cookies do not store any personal information.
Non-necessary
Any cookies that may not be particularly necessary for the website to function and is used specifically to collect user personal data via analytics, ads, other embedded contents are termed as non-necessary cookies. It is mandatory to procure user consent prior to running these cookies on your website.
Enregistrer & appliquer
MENU