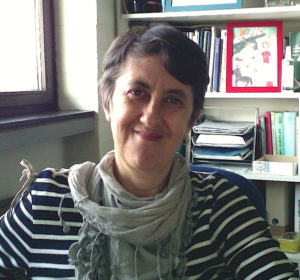 Sabine Costagliola completed a PhD in immunology at the Université Aix Marseille II (France) in 1991 and a PhD in Biomedical Science at ULB in 2000.  She obtained a permanent position at FNRS as Research Associate in 2000.  She is group leader and  director of IRIBHM (Institut de Recherche Interdisciplinaire en Biologie Humaine et Moleculaire). 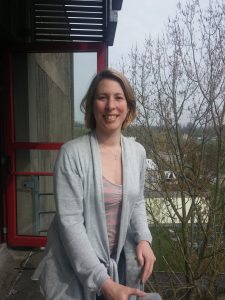 Véronique studied at the “Athénée des Pagodes” obtained her CESS (option Latin – math) in 1994. She followed the first year of pharmacology at the “Université Libre de Bruxelles” (ULB). From 1995 to 1998, she performed a graduate in Medical Biology in “Institute Paul Lambin” (UCL) (assay: “Huntington chorea”) and obtained her diploma as technician of laboratories. In 1998, she started to work in Sabine Costagliola lab as lab technician and she obtained a permanent position at ULB in 2003. In 2013, she obtained a career advancement at ULB after a competitive examination and an essay entitled : “Zebrafish: a new biomedical research tool at ULB?”. Véronique is our lab manager. 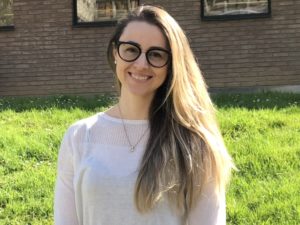 Mirian Romitti is ULB scientific researcher at IRIBHM. She has done her Ph.D studies in Brazil (PhD (2014) in Biomedical Sciences: Endocrinology from University Federal of Rio Grande do Sul, Brazil) and after that joined the Costagliola Lab as Post-doctoral researcher. This collaboration started with the goal of generating organoid models to study thyroid diseases, such as hypothyroidism and cancer. After two years, due to the advances achieved, she received a “Chargé de recherche” position from FNRS.  During this period, she worked on generating a thyroid cancer model using mouse organoids previously generated in the lab. Also, under the framework of the Horizon 2020 program, as part of the SCREENED consortium, she has been working in collaboration with other research groups generating tools to study the toxic effect of Endocrine Disruptors on the thyroid gland. More recently, she successfully demonstrated the generation of a protocol, starting from human embryonic stem cells, which results in thyroid hormones-producing human thyroid organoids. This model comprised a milestone in the field and opens a new window on the morphogenetic processes and gene regulatory networks associated with thyroid development.

In her work performed at IRIBHM, Mirian has contributed to the understanding of the mechanisms regulating the thyroid gland from development to function and how thyroid disorders, such as cancer and hypothyroidism can be tackled using new technologies such as organoids. 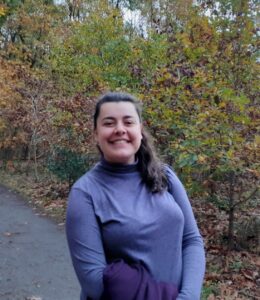 Daniela Aparicio graduated from a bachelor’s degree in Biochemistry and Microbiology from the Universidad del Valle de Guatemala in Guatemala City. After that she moved to Leuven, Belgium and completed a master’s degree in Biochemistry and Biotechnology at the KU Leuven in 2021. Passionate about molecular developmental biology, she studied octopus neurodevelopment for her master thesis. Later, interested in biomedical research with a less confidential experimental model, she joined the Costagliola lab in 2022 as a PhD student. Her project is focused on modeling congenital thyroid diseases with human thyroid organoids. 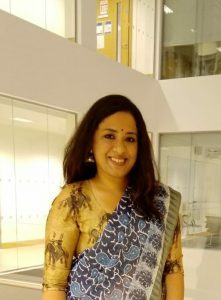 Meghna graduated from the University College Dublin, Ireland in 2018. The title of her MSc thesis was   « Characterisation of an autosomal recessive blind zebrafish model, with a putative mutation in the gene encoding abca4b (photoreceptor cell–specific ATP-binding cassette transporter) ».   She has previously worked in Bangalore, India, in genetic testing and NGS based diagnostic laboratories at the Centre for Human Genetics and Medgenome Labs Private limited as a Research Associate. Meghna has an undergraduate degree Bachelor of engineering in Biotechnology from PES University Bangalore, India. She joined the Costagliola laboratory in 2018 for a PhD to work on a zebrafish model to study thyroid cell specification within the foregut endoderm. 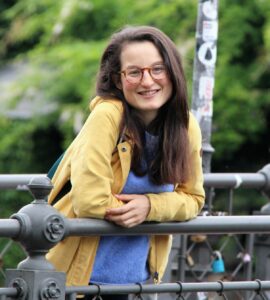 Agathe graduated as a bioengineer from the University of Liège, Belgium, in 2022. Being very interested in molecular biology and biomedical science, she moved to Toulouse to the Canceropole (CRCT) for her master’s thesis. The title of her master’s thesis was « Interest of co- treatment with chemotherapy and oncolytic viruses in pancreatic cancer ». She joined the Costagliola lab as a graduate student in 2022. Her project focuses on studying the molecular mechanism that modulates TSH biosensitivity in organoid models. » 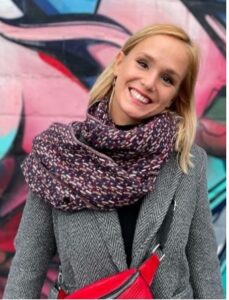 Alessandra obtained a bachelor’s in Medical Biotechnology from the University of Ferrara (2019). Subsequently, she graduated in a master’s in Biomedical Sciences from the University of Amsterdam (2021). She conducted her research projects at the Amsterdam University Medical Center (UMC) and the Swammerdam Institute for Life Science (SILS). She became interested in regenerative medicine and developmental biology during her project in cardiac regeneration and engineered tissue production and modeling. She started her PhD project in November 2022 in Costagliola’s lab. In her project, she studies the role of insulin in the development of lung organoids derived from embryonic stem cells. 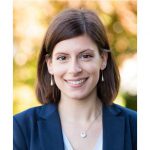 Laura Chomette graduated from medical school at ULB in 2015 and specialized in Cardiology in 2018. She is currently a PhD student at the IRIBHM and Erasme Hospital, supervised by Pr Antoine Bondue and funded by the Fonds Erasme. The title of her PhD is Heritable Pulmonary Arterial Hypertension: molecular insights through genetics and induced pluripotent stem cells.

This website uses cookies to improve your experience while you navigate through the website. Out of these, the cookies that are categorized as necessary are stored on your browser as they are essential for the working of basic functionalities of the website. We also use third-party cookies that help us analyze and understand how you use this website. These cookies will be stored in your browser only with your consent. You also have the option to opt-out of these cookies. But opting out of some of these cookies may affect your browsing experience.
Necessary Toujours activé
Necessary cookies are absolutely essential for the website to function properly. This category only includes cookies that ensures basic functionalities and security features of the website. These cookies do not store any personal information.
Non-necessary
Any cookies that may not be particularly necessary for the website to function and is used specifically to collect user personal data via analytics, ads, other embedded contents are termed as non-necessary cookies. It is mandatory to procure user consent prior to running these cookies on your website.
Enregistrer & appliquer
MENU